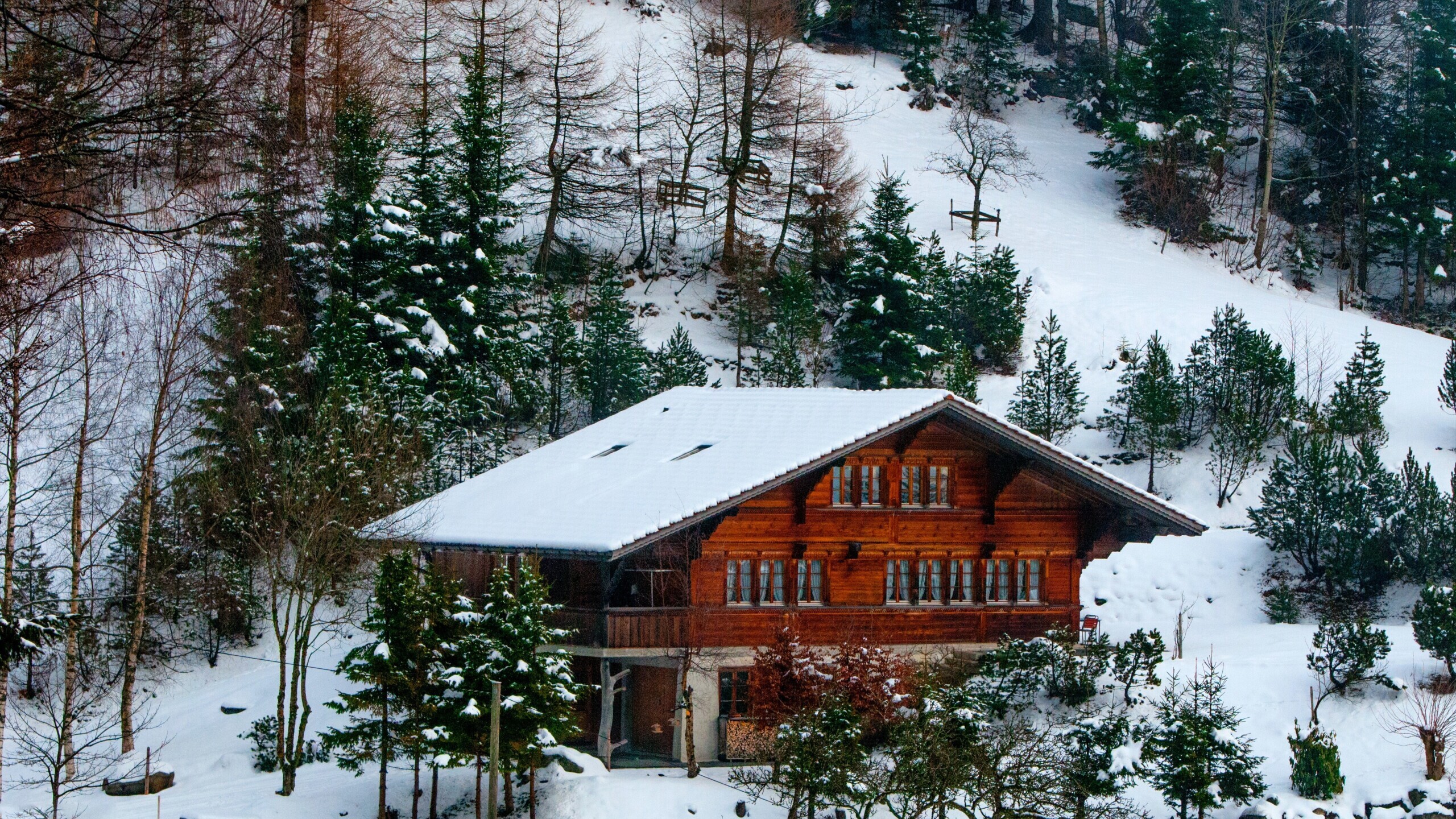 The number one will be the piece of clothing I resort to first, and you'll only see me in number five if polar bears are nearing.

Pole position is going to the sweater, because at first it's becoming Sweater Weather! With a sweater I can rock my summer jacket a bit longer, just because I don't want to give in to the colder weather yet.
When my summer jacket doesn't do the job anymore, I have to give in to a large, warm coat, so that takes the number two spot.
Temperatures are dropping and my hands are feeling it. Gloves take the last spot on the podium!
If I want to make sure that no cold air is coming in, I take my scarf out of storage. Wrap up everything that sticks out above my jacket!
I'm not even sure if I have one anymore, but my final resort to fight the cold must be a beanie. I can say goodbye to all the work I put in my hair, but at least I will be as warm as can be!

Why do you need movies? Reality is already entertaining enough. In the next five videos, no director in the world could come up with the script. Unexpected turns, plot twists and amazing acting performances by ordinary people. Together with the Christmas spirit, these masterpieces can't be unrecognised.

A short film of four minutes. Two young boys who were bored and did mischief are filmed by a complete stranger. What looks like a boring home video, unfolds as a spectacle because of the slippery road. Bikes, cars, the police. Nobody is safe. But also the hidden treasures are in abundance. A guy who sticks his tongue out (2:38) or the police who couldn't think of the term "all risk car insurance" (3:30) after which the man suggested Aarle-Rixtel, which is a small village in Brabant. Even recommended for non-Dutch speaking people, because the dialect also makes it inaudible for native speakers.

Fireworks can be very beautiful to see, but lighting it can also be an experience. That shows this video. The joy of lighting fireworks for the first time is as funny as touching. So let it inspire you to be as excited as Tom.

It's New Year's Eve. You're surrounded by your friends and you are taking a selfie. What's missing? Some very heavy and illegal fireworks! "Nitraatje erbij" is an iconic sentence and also reminds everyone of the hazards of fireworks.

Do you want to celebrate Christmas the Rotterdam way? Well, have a look at this couple. Married for over forty years but still putting in the effort to decorate the living room together. If that isn't adorable... Another tip for the non-Dutch readers, enjoy their performance at Jensen with James Gordon.

During the coldest months of the year, fire is a nice distraction. Fire creates unity. That's also probably what this guy thought before he threw a jerry can on fire to a car. "Jeroen, don't do it" (Don't do it Jeroen) is perhaps not funny for everyone, but you have to look at it from a director's perspective. After sixty years of James Bond movies, he never did something like this in a drunken state to flee from his enemies. Imagine how epic that would be. And that would be due to a Dutch guy named Jeroen.

1. How the Grinch Stole Christmas
The only thing I want to say about this movie is that the Grinch wasn't the bad guy. In my opinion, he had every right to steal Christmas from the Whos. It probably wasn't the best way to solve the matter but you can't really blame him, considering he was abandoned by them just because he looked a little different and acted out of line sometimes.

2. Oliebollen
Needs no explanation, should be on every other list.

3. Warm winter pajamas
My sister and I have a bad habit of buying pajamas for ourselves and each other when any minor inconvenience appears. We spend the winter trying to outdo each other and make each other jealous with who has the cutest.

5. Christmas Fairs
Spending the day with friends, drinking as much hot chocolate as you need to keep you warm.

1. Having a Christmas cook-off:

Every December we host a family cook-off where each family member, sometimes in teams of two, prepares a meal for the others. We then rate them out of 30 based on taste, presentation and creativity (maximum of ten points for each category).

The most impressive street markets are usually during Christmas time and they're always a nice way to spend an evening with friends and family.

Being an international student and living away from home most of my life, it's a tradition to spend a day or two in airports during the winter holidays.

4. Spending more time with the roommates:

The winter period is a time where we all tend to stay at home more. As my roommates and myself are usually busy, it's one of the few times where we are all home simultaneously.

The cold and mist make for a peaceful journey where you can clear your mind. Coming from someone who only started running a few years ago, it's surprisingly comforting and calming.

Oliwer: More than a regular top 5, think about it as a tier-list, starting with...

Clear winner in every dimension. You will not at any point consider reading the instruction. The intensity of gameplay is insane and each player will have the time of their life.

Likeliness to burst with excitement after a win (or someone else losing): 10/10

Good alternative to Loopin' Louie, but you do not have a flying airplane and instead of screaming with happiness after your win, you breathe a sigh of relief. And it's easier to cheat...

Likeliness to start questioning your ability to see things in front of you: 10/10

Great game for real try-hards, but you do have a risk of ruining the christmas spirit.

Level of joy: depends on how competitive you are/10

Likeliness of someone starting to overthink and watch pro-catan gameplay:10/10

In this category there are obviously infinitely many different games involved that probably deserve a tierlist of their own, but I'll trust you can do it yourself following the pattern. For example, texas holdem with a drunk uncle:

Level of joy: depends on the amount of alcohol/10

Likeliness of your uncle calling you an amateur or a thief: 10/10

Level of joy: depends on the amount of alcohol/10

Likeliness of someone getting bored: 10/10

Not a great choice unless you want to have that 25% of making your family hate you for the next 3 days and 100% of someone not showing up next year. Just don't go there...

Hope you'll find it helpful during Christmas or throughout the year and wish you a wonderful time!

*anyone who has a problem with me calling cards a board game feel free to express your complaints at whatever the Estimator email address is.

Gabriela: Top 5 Christmas movies of all time, but a different rating criteria...

Emilia Clarke was probably the reason behind all the good ratings of this famous movie. The reason why this movie makes my top 5 is because the first time I saw it was next to my high school friend in a dark theatre room. I still remember that, just after the end of the movie, he was trying to pretend being Tom, hilariously dancing in the middle of the street ,but only one single,tiny thing he had forgotten :he was not a ghost. So,all his stunts ended up in one final stunt:his downfall. A typical friend would've had probably helped him get back ,but I just fell over him and covered him in snow while we were laughing and big snowflakes from the sky were covering us.

An imaginary friend is like a figment of a child's imagination. Just think about waking up one day and your lost imaginary friend comes back to life ,but this time as a real person, a real person who knows everything about your true self. I saw this movie 7 years ago around Christmas time , but I could not forget the plot till this day, not because it was a grammy , but because it stirred something inside of me, like a catalyst invading my being.

I know that as we grow up we forget to have faith, because life gets tough and nothing can be turned back to when just believing was enough in order not to lose ourselves. I was just a child when I saw the movie ,like 11 years old,but I nostalgically remember how my brother turned off all the lights , transforming the entire living-room into a cinema room and projected the movie on a big white wall. This movie just brings faith and hope in anyone's life who may feel like that little boy who won't believe in something he can not see. Maybe,sometimes,we just have to believe and not doubt .

This movie is a classic . Who did not hear about "Home alone"? A big family who dismissed the absence of their own son Kevin when they left on holiday. But, what followed next ,because of this huge confusion, was epic. However,when you are surrounded by the whole family, this movie turns out to be an astonishing way of spending the Christmas night, joining Arthur on his New York adventures, trying to trap the robbers.

This is one of my favourite movies and the movie that will conclude my top 5. Bridget is a total mess,no doubt,but there is one thing I find enthralling :everybody is actually a mess. Yeah,the point is that none of us is perfect,but most movies just let on the fallacy that perfection is real, which is total crap. I saw the movie with my closest friend around holidays, last year. She told me that this movie was her favourite , so we just spent a nice evening together, in her dorm , just before the exams were coming up. I still remember it, because it was like one moment in time when I was truly happy.

I wish you a holly jolly Christmas and enjoy this holiday period next to the "people who make you feel like you can fly", maybe watching one of these movies from my list!