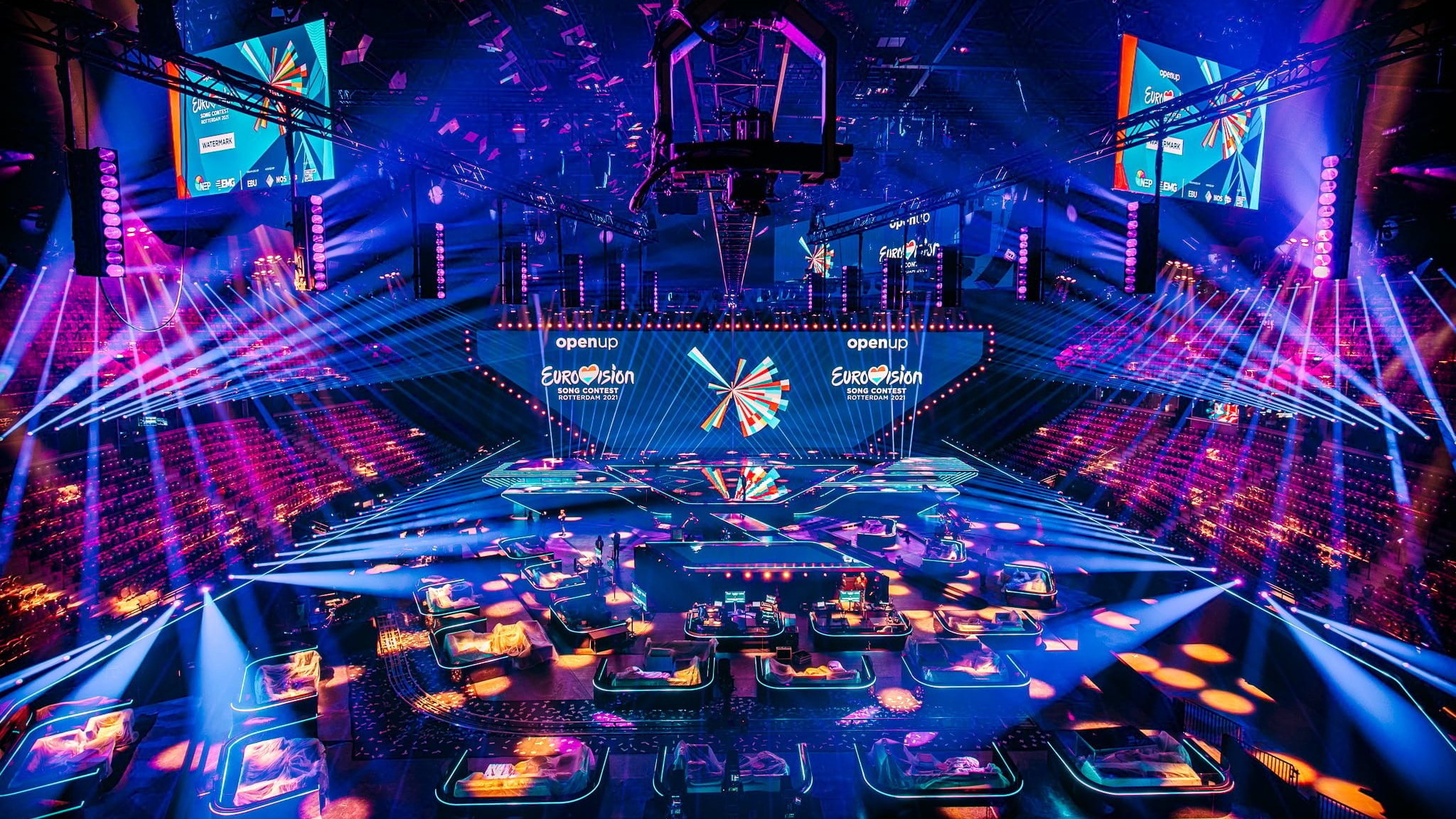 Eurovision, Europe’s most politically apolitical festive song competition is around the corner again! Once again, a pan-European competitive spirit grips the continent and especially the European nations of Israel and Australia. Have you ever wondered why it’s such a big thing? For two years in a row, our beloved Rotterdam has been at the centre of fame as the host city. While this year’s rescheduled fanfare will be subdued due to the pandemic, interest in this event remains high as it is one of the best occasions to check the political health of Europe by looking at which countries are awarding 0 points to who. To cash in on this frenzy, The Estimator walks you through our favourites for this year and presents to you this year’s theme song...featuring Econometricians!

Disclaimer: Please note that our articles sometimes state views that are those of the writers, and not necessarily those of FAECTOR.

High budgets, flashy stages and rambunctious performers make Eurovision one of the most talked about events at this time of the year. Its appeal is undeniable. So if you’re a fan of the show, don’t be ashamed of it. If you hate the show and have no interest in it, that’s also perfectly reasonable. In their quest to be different, songs sometimes all ironically converge to being alike. But how did we get to this point?

The first Eurovision Song Contest was held on 24 May 1956 as an experiment to test the possibilities of live television broadcast technology. In the first show, only seven nations participated. The funny thing was that all contestants were required to sing in their country’s national language and this language had to be used in all lyrics. Since most contestants wanted the entire jury, which had people from different nationalities in it, to understand the song, the La La La’s and other easy sentences appeared frequently. In 1999 these language rules officially disappeared but the weird lyrics stayed.

The voting system has also changed over the years. Since 1975, people from all over Europe vote for their favourite song, after which one representative from each country awards a set of points from 1 to 8, 10 and finally 12 points to their favorite song. Obviously, countries may not cast votes for their own country.

In the early 1990s, around the end of the Cold War, there was a sudden increase in the number of countries willing to join the Eurovision. Particularly former Eastern Bloc countries queued up to compete for the first time. And even today, the number of countries wanting to join the contest continues to grow. On the other hand, a number of countries have also stopped participating, including Slovakia, Turkey, Hungary amongst others, usually for financial and political reasons. To reduce the amount of performances per show, two semi-finals were introduced in 2008. All countries must be in the top 10 in one of the Semi-Finals to qualify for the Final. An exception is made for the host country and the “big five”; France, Germany, Italy, Spain and the UK, aka the biggest financial contributors to the show.

You’ve probably wondered how did Australia and Israel end up joining an European song contest? Because Europe is expanding its borders! Well initially, Australia’s participation in the 2015 contest was said to be a one-time only event. They could only have performed again the following year if they had won in 2015. However in 2016, Australia participated again and has continued to do so since. Their inclusion is due to similar reasons as Israel, which has been a regular participant since 1973. Eurovision is massively popular in both countries and their broadcasting authorities work very closely with the European Broadcasting Union (EBU). There is a growing audience in China too so don't be suprised if China starts competing in a few years. If Australia wins, the show will not be held in the land down under but rather in Germany.

This year the event will be held on 18, 20 and 22 May. Due to a large number of COVID-19 cases around Europe last year, the EBU decided to cancel the event in 2020. Considering the grief of all Eurovision fans, they also decided to retain the right of the Netherlands as the host of the event in 2021. While most countries decided to provide the same artists a second chance, there were some artists for whom “Online Eurovision 2020” was the only chance to perform. One such example might be the Russian band “Little Big” which holds a record 200 million views on its video clip (https://www.youtube.com/watch?v=L_dWvTCdDQ4) on Eurovision’s YouTube page. Moreover, two countries which were participating in 2020 will not attend this year. Armenia withdrew from the contest after the war crisis (https://estimator.faector.nl/article/2021-05-05-black-garden) and Belarus was banned due to the political connotations of their entry, given the situation in the country.

As for good news, it was officially announced that some fans will be allowed to attend live in Ahoy. The Dutch government has confirmed that a max of 3500 (20% of Ahoy’s capacity) audience members will be allowed to enter the arena, provided they have a negative Covid-19 result less than 24 hours before entry. If you want to attend but didn't get tickets last year, don't get your hopes up because you're not allowed to buy any.

When you first hear this song, it might appear to be a little slower than you would expect from a song festival piece. Barbara advocates for women’s rights, which is also the subject of this song. Voilà in French is along the lines of  ''See there", or "That's it". With this, she refers to the fact that she is just herself, nothing more and nothing less. She comes from a very multicultural family with roots in Serbia, Iran, North Africa and Poland. Therefore, Voilà is likely to be popular in many countries.

Did you know that there’s a Junior Eurovision? Winning the contest in 2015 and finishing seventh in Britain’s Got Talent 2017, Destiny is one of the most accomplished singers this year. It’s no wonder that she’s one of the favourites to win.

Rock entries are sadly getting rarer, which is a shame given that they’re usually the best in my objective, unbiased opinion. Here’s another banger by Italy who keep the show interesting by singing in their own language.

A country that usually does well, this year is no different as they’ve submitted an energetic song with oriental beats, and songs featuring attractive young women are 5 times as likely to do well in Eurovision.

I can’t quite identify which American singer Elena sounds like, probably because she sounds like a mix of many popular American singers. The song could be produced in California and no one would be able to point out it was sung by a Cypriot woman for a song contest in Rotterdam, which means it’s good enough to be on your playlist. While the song is about an abusive relationship, some have accused it of promoting devil worship.

Dutch artist Guus Bok made the single ‘Open Up Rotterdam’ released on the 26th of April...which features third-year Econometrics students Andreea Monica Dedea, Sigita Lapina and Sara Marques, who hail from Romania, Latvia and Spain respectively. Due to their strong appeals of opening up and intense flag waving, caretaker Prime Minister Mark Rutte decided to abolish the curfew and open terraces and shops on the very same day that the song was released.

Rotterdam in preparation to host the world's most popular song contest

Pictured - Verda Serduchka who represented Ukraine in 2007. We hope there will be many such memorable acts this year.

We hope you enjoy this year's show! Who do you think will win?